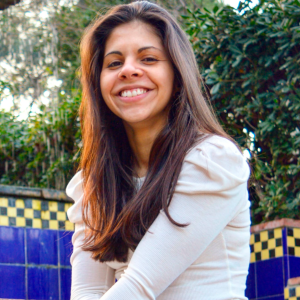 Over time, several myths about cars have arisen, triggering endless discussions without, in the end, being able to reach the absolute truth. Some of them are so rooted in common sense that they escape the scrutiny of most of us.

In this article, we will unravel some myths about cars. Many need to be explained: fuel consumption, car mechanics, or driving styles.

First, it’s important to state that driving without a gear engaged is unsafe. Besides, it doesn’t save fuel. This is because the electronic injection system shuts the fuel consumption when it’s not needed. And to do this, you need to have a gear engaged.

However, in cars with a carburetor, the car actually consumes less due to vacuum formation.

On the other hand, by having a gear engaged, the movement of the wheels holds and makes the engine’s rotations work. Therefore, it doesn’t need the fuel injection while ensuring safer driving, in case of emergency or overheating of the brakes.

Pushing the car when the engine doesn’t start

If the engine doesn’t start it is because, in fact, there is a problem related to the car. Therefore, you should check the fuel level, the engine, the battery, the spark plugs, and other parts to identify why the car won’t start.

Pushing the car when it won’t start can have consequences on other parts or components of the vehicle. For example, it can cause leaking of the timing belt teeth and damage pistons and valves and, in severe cases, it can lead to a hydraulic wedge.

So, the best alternative is to seek help from professional emergency service to ensure the appropriate procedures for your situation to solve the problem.

At first, filling the tank when temperatures are lower could result in more fuel being pumped in since it would be in a denser composition.

However, fuel is not stored outdoors but in insulated spaces. In this way, the temperature and its quantity always remain constant, regardless of the time of day.

A manual gearbox is more efficient than an automatic

Until a few years ago, this myth could be true because the technology of automatic gearboxes was not very developed. With a manual gearbox, the driver can choose the gear and the ideal moment to use it.

However, the operation of automatic gearboxes has evolved a lot. Today with this system, the engine can already work at lower revs, and the technology can select the ideal gear to use according to the driving style.

The constant improvements in the automatic gearbox make it more efficient and economical. Not only does it consume less fuel, but it also provides a more comfortable drive.

A dirty car consumes less fuel than a clean one

This is one of the myths about cars based on a scientific justification, namely the theory of the aerodynamics of a golf ball. According to this theory, the dirt would act on the car in the same way as the holes in a golf ball.

The ball’s alveoli create small areas of turbulence that push the air in front of the ball away. Thus, these contours decrease the frictional effect and give the ball even more momentum, accelerating its movement.

However, aerodynamics is not a linear science. And in the automobile universe, mud and dirt impair aerodynamics since they increase the car weight. In this sense, a dirty vehicle can consume more fuel.

Crossing the speed humps with the wheels on the diagonal

If you rarely drive diagonally across bumps, it’s not a problem. But if you do it daily, it will cause an effort that can twist the structure of your car, damage the suspension, and even break the springs.

So to avoid these kinds of problems, the best solution is undoubtedly to go “head-on” at a moderate speed.

Checking the oil when the engine is warm

When the oil is hot, its volume suffers a brief variation due to the fluid dilation. Therefore, you should wait 10 minutes after stopping the vehicle. This is enough time for the oil to cool down and return to the crankcase, thus allowing an accurate reading of its level.

Accelerating the car before turning it off lubricates the system

This action accumulates a certain amount of fuel inside the cylinder that will not be burned. Consequently, this fuel will drain into the crankcase, contaminating the oil.

Furthermore, for cars with turbochargers, this practice is not advisable. By accelerating the vehicle, before shutting down, the turbines are forced to increase their revs while the lubrication system is cut off.

The engine needs to warm up before starting

This myth is only advisable if the engine still runs through the carburetor instead of electronic injection. However, only older vehicles are equipped with this part.

Therefore, in modern cars with an electronic injection system, the cylinders and pistons are damaged by heating before the engine starts. This is caused by the imbalance between the ambient temperature and the mixture of air and fuel.

Although it is not advisable to start immediately at high speeds, idling for a long time is not necessary either. Starting will help the car run at full throttle with all parts running perfectly.

Tires have no expiration date

Various car components, such as fluids and fuels, degrade over time. Hence, it is necessary to replace them at the end of their expiration date. And tires are also one of these components.

Even if tires are well stored, they become dangerous over the years. The humidity, temperature, and light oxidize the rubber, which decreases the gripping power of the tire. In addition, the drying out of tires creates cracks, which can cause them to burst while you’re driving.

In general, tires keep their original characteristics during the first 6 years but can still be used for almost 10 years. However, each manufacturer determines the maximum period of use. You can check the expiration date on the inside of the tire or ask your mechanic for help.