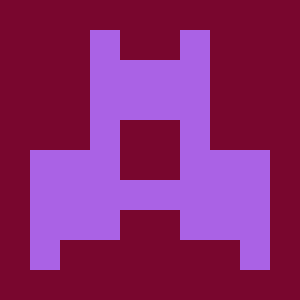 Self-driving cars are the industry’s new reality and are already being tested by major car manufacturers — at more advanced autonomy levels.

Most car manufacturers already have a considerable fleet of autonomous cars (such as Tesla).

These vehicles should arrive in Portugal in 2025. These cars depend on 5G technology and, therefore, Portugal won’t receive them sooner — this is because it will only have 70% of its area covered (with this network) by 2023.

What are self-driving cars anyway?

Self-driving cars use an independent navigation system from human action — yes, you read that right.

These vehicles have the ability to drive themselves. They scan the roads, anticipate possible accidents, detect pedestrians or strange objects, traffic signs, and traffic lights, and make other decisions based on artificial intelligence.

These cars have several sensors, cameras, and radars, and can monitor everything that goes on around them.

The cameras included (in 360°) are nothing new in the automotive industry. But when we talk about self-driving cars, the circumstances change.

In traditional cars, for example, 360-degree cameras help the driver parking — since it’s possible to have a clear perception of all the surrounding space.

Autonomous cars send all the information received to a control unit, and later convert it into actions — like braking, accelerating, and changing direction (always autonomously).

The autonomy levels of self-driving cars

Don’t think that autonomous cars work 100% independently. Why? Because some human intervention will always be necessary, even if minimal.

Still, there are 5 levels of autonomy that you should know.

At this level, the car performs functions such as turning the steering wheel and accelerating. Nowadays some cars help drivers park when they’re not comfortable doing so.

In this case, the car has autopilot functions. It can maintain speed and align the vehicle between lanes — if it gets too close to one of them. Still, the driver can never take their hands off the steering wheel.

The car drives itself at times, even in the middle of traffic.

Here, the vehicle moves completely on its own, without human intervention. However, it only drives itself in areas that aren’t mapped, or in adverse weather conditions.

This is the level of full autonomy, whatever the situation. At this level, the driver can literally take a nap during the trip.

The pros and cons of self-driving cars

As in everything, autonomous cars also have their advantages and disadvantages.

The main concern is safety and comfort. And that’s why car manufacturers invest their time and money to make sure that these cars are reliable, safe, and comfortable for all consumers.

Self-driving cars will all be environmentally friendly. They may have electric motors, or they may be hydrogen-powered, but their ecological footprint will be much smaller compared to that of conventional vehicles.

Electric cars’ price is quite high. And the truth is that they aren’t for everyone’s pockets — which doesn’t happen with petrol or gasoline cars.

Autonomous vehicles are bound to be even more expensive than electric ones.

The steering wheel is no longer used

These vehicles will be the solution to everyone with driving difficulties.

On the one hand, they solve the problems of those drivers but, on the other hand, they’ll take away the possibility for those who like to drive.

A few years will pass before we see cars with level 5 autonomy on the road, but technological advances will speed up the process. The next step will probably be the creation of cars that fuel themselves.

And will those arrive quicker than we think? Maybe. Give that a thought.